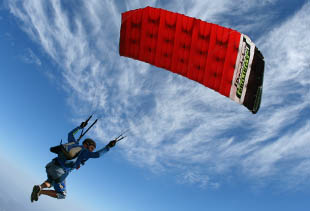 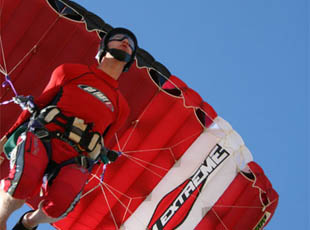 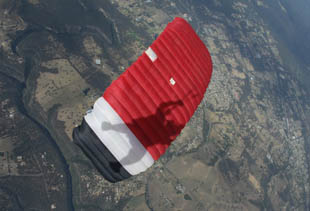 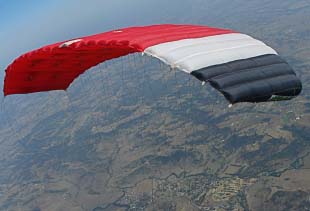 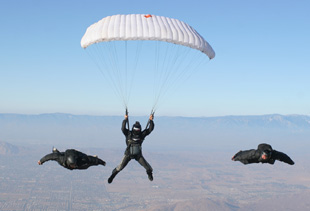 The JVX is a 27-cell elliptical cross braced Tri-cell with upgrades like a new nose modification, improved trim, longer lines, no stabilizers and HMA lines as standard. The JVX is slim, sleek and fast with less drag. First off, the JVX has no stabilizers. Stabilizers on small HP canopies don’t do much except flap in the wind causing added parasitic drag. The Daedalus Project first dealt with the issue of reducing drag on the wing tips by developing ram-air stabilizers. We quickly found that no stabilizers is even better! Stabilizers primary function is to hold the slider in the correct position during deployment. We addressed this issue by putting slider stops on the canopy itself allowing us to get rid of the stabilizers all together! The JVX is still available with a low profile “mini” stabilizer as an option.

The JVX opens much better than the Icarus VX and most other canopies in it’s class! High performance canopies will always have high performance openings but here at Daedalus canopies we have addressed this issue for our new “Ultra” class wings. Unlike the original JVX that used a specially designed slider our latest version uses a standard slider size of 29 X 24 inches with a new upper brake line configuration!

The JVX also incorporates a new trim which is a serious upgrade from the VX. The JVX is the first competition swoop canopydesigned for rear riser flight! The new trim increases the rear riser pressure and creates no slack in the D lines like the Icarus VX. This not only reduces tail flutter and a variety of other issues but provides a better platform for rear riser flying! In addition, the overall line length on the JVX is longer, creating more time for the pilot to catch up with the canopy during a turn, the result is a longer dive! Daedalus canopies is also use a state of the art parachute material which lasts longer, has less porosity and holds a better shape making the wing more efficent!

The JVX has set in motion a new trend among swoopers and it’s all about safety. The JVX comes in custom colors. The JVX comes with one Technora lineset (400lbs-600lbs), new improved side logos and a warning label that doesn’t flake off like most other parachutes. The JVX from Daedalus canopies is a special order item with custom options not found anywhere else in the industry. JVX pilots also get the choice on whether they want an attachment point on the top skin or not. With a removable system for your bag, pilot chute and slider many competition pilots don’t see the need for an attachment point and prefer to have a smooth, obstacle free top skin surface.

The Daedalus JVX won the 1st US Nationals of canopy piloting in 2004 and has been surprising swoopers around the world ever since. Swoopers are evolving at a high rate and learning for themselves the benefits of the newest design parameters and materials from Daedalus canopies. If you have the necessary skill and get the opportunity to try one for yourself we challenge you to “experience the difference” and join the swoop revolution… 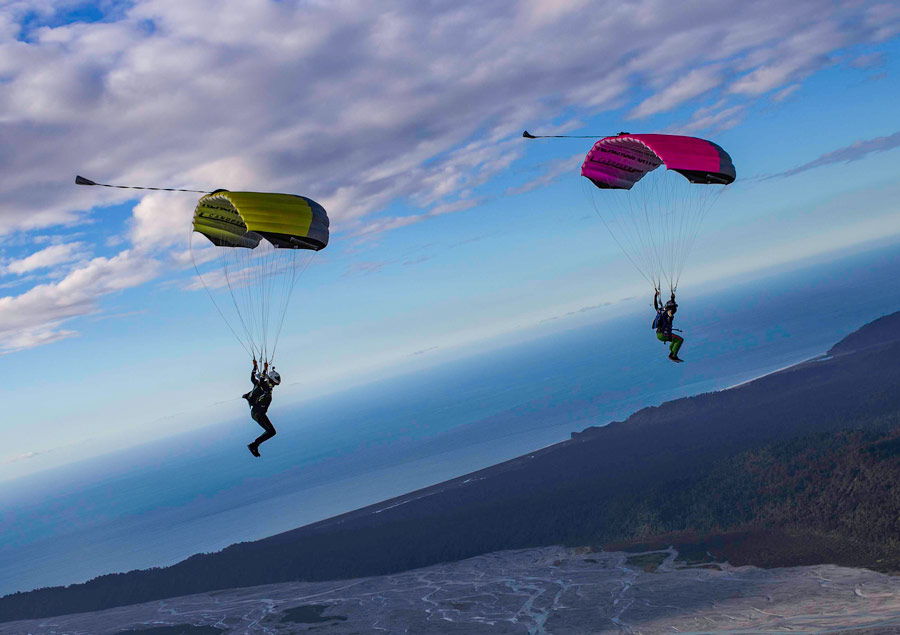 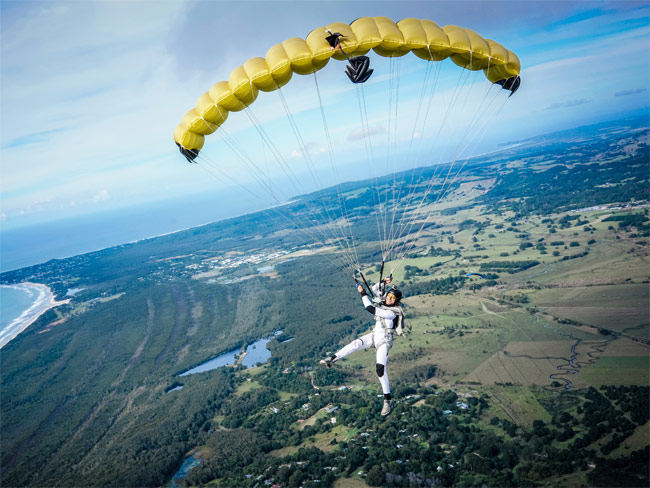 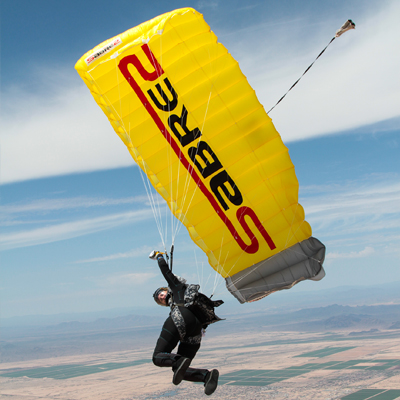 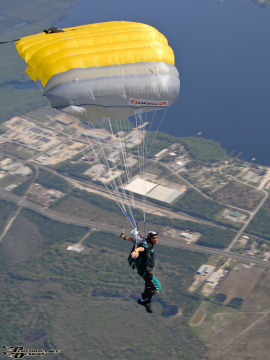 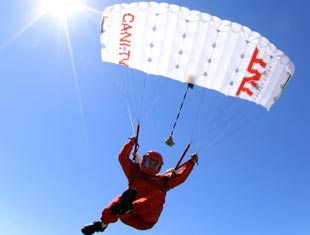 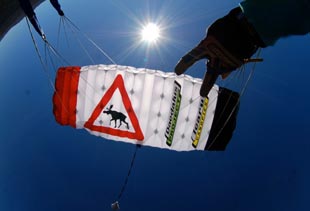 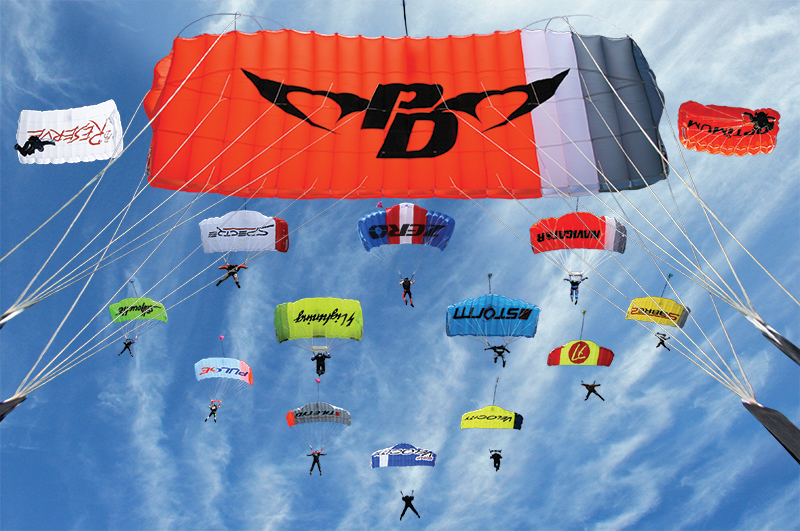 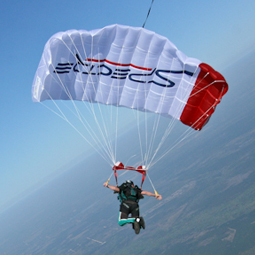 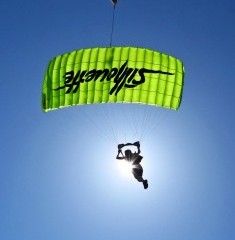 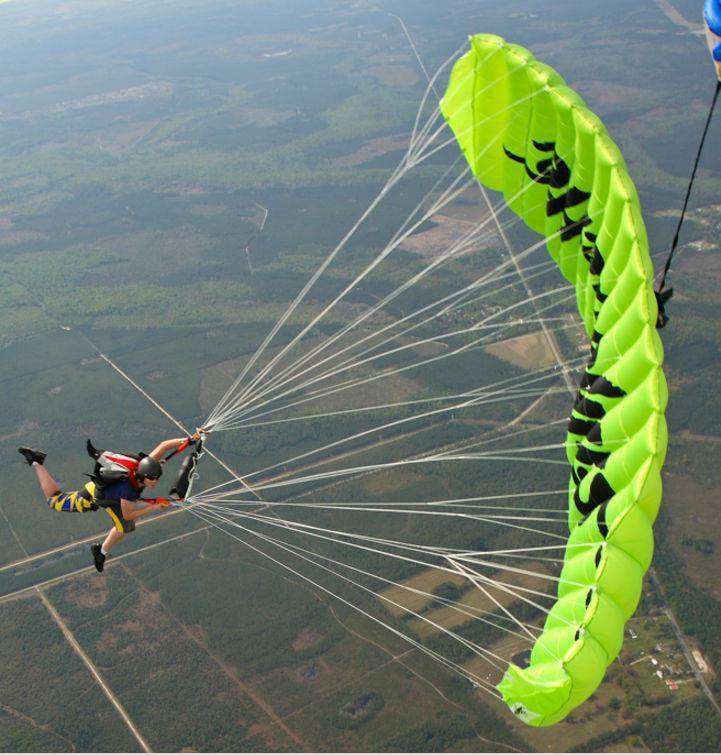